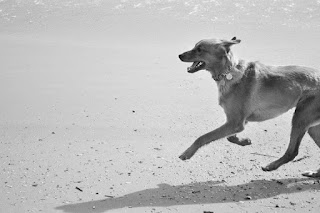 Have you met Anchovy? She’s my best pal. She loves my kids, she snuggles me about 10% of the time I want to cuddle, and she’s adorable. This is my four year old ball of furry happiness, Anchovy. She has spent her entire life trying to be the best dog ever. Her sole purpose in life is to make me happy, and she has more than succeeded. She’s obedient, trustworthy (if bacon isn’t involved), a semi-good listener, and most of all on those duty nights when I am sad . . . she’s always there.
When we first moved to South Carolina, I insisted we get a dog. I wanted a Shetland Sheepdog, and nothing else. We looked on Petfinder, went to Saturday adopt-a-thons, visited local shelters four or five times a week and finally found the doggy I thought was for me.

His name was Komar, and he has a beautiful way about him. We went into Summerville SPCA to get him as soon as we could. When we got there I was very sad to see someone else had him out and was walking him around. They brought him back, and luckily for us, we found out his true colors. Chewer at heart, and we just knew he wasn’t going to be for us.

I was pretty disappointed. We looked around at the other dogs, and found a few that we thought were pretty sweet. A little chocolate lab named Charlotte caught our eye, but she just had a surgery and we wouldn’t have been able to take her home.

Then we found her. Her name was Cypress.

They told us that she’s a lab, terrier, shepherd mix. She was calm and subdued when she was waiting for us patiently. When we saw her, we just knew. She was sitting there, the only dog there not barking. Just watching us. We took her out and walked around with her . . . and we just knew. I’m not one for making rash decisions though, so we went home that Friday night, and thought about it. Dogs are a huge commitment, so I didn’t want to go into that decision lightly. I could barely sleep I was so excited to see her the next morning. We rushed over as soon as they opened up again and adopted her. We changed her name to Anchovy though, because I’ve always wanted a doggy named Anchovy. I always thought my Anchovy would be a Shetland Sheepdog, but I’m really happy with this Anchovy. 🙂

Look at those paws! Well, she grew up, and she lots all the black in her face and tail, and she looks like she’s actually a golden retriever. We spent some time researching other dogs, and found that we think she’s a Golden Retriever / Irish Setter mix. She’s so lean!

I feel so lucky to have her in my life! She’s great with our kids, she loves deeply, and she doesn’t mind bumming around the house all day. Most of all she’s patient. She will sit with me while I cry with my children over bed time for as long as it takes. I’m glad my children get to grow up with her.

Do you have a furry BFF?? Tell me about them!

0 thoughts on “A Fishy Love Story” 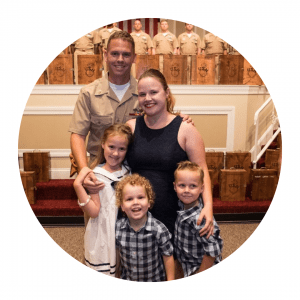